The hermetic and hierarchic world of the clergy of the Cologne Cathedral is marked by merit and mercy, by sorrow and hope, by sin and salvation. The pictures analyse the power structures of an autonomic system of salvation, surviving seemingly untouched by all developments of our century.

Cologne’s Salvation and the Gothic cathedral

To this day there is no expression in the German language that has experienced such a radical semantic turnabout in meaning since 1933 as the term „Heil“. Its use as a part of the Nazi Salute placed a taboo upon the word in the era following the war, so that its former, far more complex meaning, as still recognized during the 19th century, eventually became obsolete. It is only very recent that the religious sciences have-rediscovered the term in its fundamentally religious sense. A renewed definition of the historically tainted term therefore still seems to be necessary today, as its use – particularly in theology – remains indispensable, in that it calls up the very motivation of any religious action.

Seen from its theological meaning, the term „Heil“ defines the essence of all religion, i

n that it pinpoints one of man’s most existential experiences: that of „Unheil“ or evil. Out of this experience grows man’s subsequent longing for „Heil“, or salvation, in the sense of redemption. Mankind and the saviour and harm, sin and deliverance. Around this very basic underlying of opposites, there is grouped, in every religion, a very fine-woven network of different factors, necessary in order to attain redemption. Niklas Luhmann particularly emphasizes merit and mercy in this context and the difference in emphasis placed upon their dialectical polarisation by the various religious communities. The question as to the function of religion, its immanent structure, values and rituals, has gained scholary interest in recent years, particularly by structuralists and semioticians. At the close of this millennium, at a time when the large religious communities have forfeited their former significance within German society, it appears that, perhaps for the first time, an unbiased and at the same time distance look at Christian religion may be possible.

It may seem surprising that the art historian Hugo Borger, who first introduced the term „Kölner Heil“ (Cologne’s Salvation) into scholary discourse, surrounding the historical importance of the city of Cologne, already did so 1982. Borger´s theory regarding the so-called „Kölner Ortsheil“ (i.e. a specifically local manifestation thereof) aims at the special religious, social and economic development of the city which, for over a thousand years, has been determined by its claim to the rank of „sancta Coloniensis ecclesia“. Numerous records documenting the city’s history serve to verify this theory. The city seal of 1185, showing both the city’s latin title as well as one of its patrons, St. Peter, to name one example, offers evidence of its important rank as a holy city. This plain allusion to Rome is to this day reflected in the Gothic cathedral’s patrons which is dedicated to Mary, mother of christ and the first pontiff, just as St. Peter’s in Rome. In addition, the cathedral harbours the golden shrine of the Magi, one of the highest ranking reliquaries in all Christendom. Next to the archdiocese Chicago, the archdiocese Cologne is reputed to be one of the wealthiest and perhaps most powerful bishoprics on earth.

From 1986 until 1996 Bernd Arnold photographed the hermetic and hierarchical world of Cologne’s cathedral clergy – a world marked by merit and mercy, sorrow and hope, sin and redemption. His pictures examine a highly self-contained salvation-system and its inherent power structures which, to all appearance, have not been effected by major developments of this century. Borger’s theory calls up the question, as to what extent this specifically local form of Roman-Catholic 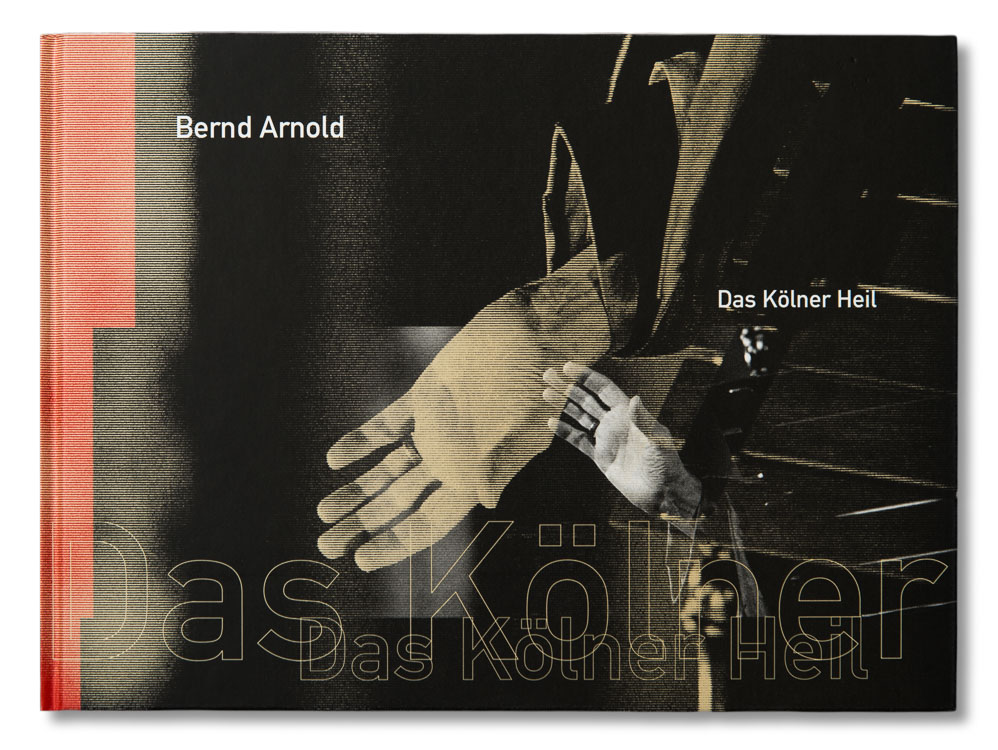 picty has served to fundamentally shape the identity of the city of Cologne as well as of its inhabitants.